Please note: Only available to customers in the continental United States. The sale price includes shipping and all sales are final.

AN INSIDE LOOK INTO APPLE'S GREATNESS

If you're looking to gain an insightful perspective as to how Apple has become the most valuable brand in the world you'll get that and so much more with these two genius titles written by Leander Khaney. Leander has been a technology writer and author for decades and has been following Apple since before Steve Jobs’ return. He was a former managing editor at Wired News and now's he's moved onto running his own successful Apple-centric blog, Cult of Mac. He's written these two books to help us all gain a better understanding of how Apple's dynasty has been created and he does an excellent job at doing so. We hope you enjoy these two reads as much as we do...

We're big fans of Leander and we're extremely fortunate that we've been able to work with him for the past couple years. He's been heavily involved in Apple's world since the early days and we trust his every word. 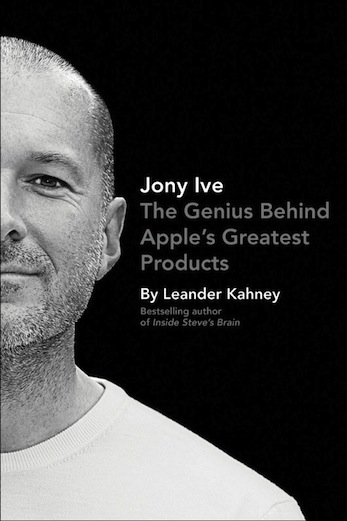 An inside look on Apple's legendary chief designer, Jonathan Ive. Jony Ive's designs have not only made Apple one of the most valuable companies in the world; they've overturned entire industries, from music and mobile phones to PCs and tablets. But for someone who has changed the world as much as he has, little is widely known about Apple's Senior Vice President of Industrial Design. In the first book to focus on Ive, Leander Kahney offers a rigorous and systematic examination of a remarkably creative career and provides insight into the principles underlying Ive's success. Having covered Apple as an editor since the 1990s and interviewed Ive on numerous occasions, Kahney offers a unique perspective on how this man designs killer products that attract fanatically loyal customers. Inside Steve's Brain (Paperback Book): 312 Pages 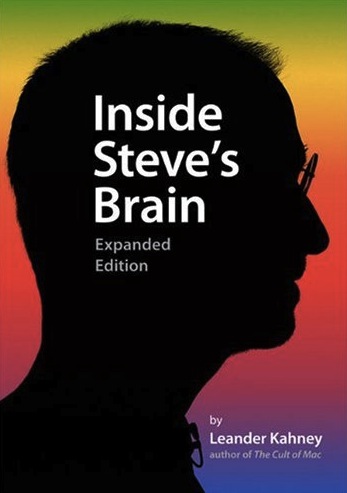 One of USA Today's Best Business Books of 2008 - now updated with a new chapter. It's hard to believe that one man revolutionized computers in the 1970s and '80s (with the Apple II and the Mac), animated movies in the 1990s (with Pixar), and digital music in the 2000s (with the iPod and iTunes). No wonder some people worship Steve Jobs like a god. On the other hand, stories of his epic tantrums and general bad behavior are legendary. Inside Steve's Brain cuts through the cult of personality that surrounds Jobs to unearth the secrets to his unbelievable results. So what's really inside Steve's brain? According to Leander Kahney, who has covered Jobs since the early 1990s, it's a fascinating bundle of contradictions. This expanded edition includes a new chapter on Jobs's very-public health crisis and the debate about Apple's future.