nofollow
Learn a New Language Anytime, Anywhere! Get Lifetime Access to Babbel Now!
Give $10, Get $10
Get $1 credit for every $25 spent!
Ending In:
View similar items
$29
66% off
Ending In:
add to waitlist 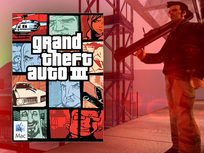 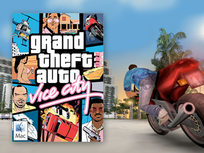 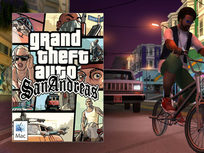 Promotion is for Mac version, not 10-Year Anniversary iOS/Android Version You've been betrayed and left for dead. Now you're taking revenge, unless the city gets you first. Mob bosses need a favor, crooked cops need help, and street gangs want you dead. You'll have to rob, steal and kill just to stay out of serious trouble. Anything can happen out there (and probably will). With a combination of revolutionary, narrative-driven non-linear gameplay and a completely open environment, you're placed at the heart of your very own gangster movie and let loose in a fully-realized 3D city. This sprawling epic will show you that sometimes crime can pay, and sometimes it can pay you back.

GTA III was absolutely ground-breaking upon its release, and set the standard for all open-world 3D games that followed after it. If you haven't played this yet, just ask a friend, or read the absolutely stellar reviews below for what to expect. Just know that violence, sex, drugs, and crime are all integral to the game's plot, so heed the game's "Mature" rating seriously, folks. TOP FEATURES

Metacritic Score: 97/100 "What do I think? Hm...Grand Theft Auto III? It's OK. Ha ha. Just kidding... The game is absolutely, insanely good, and is truly one of the best titles of the year... the multitude of reasons to keep playing, to feel utterly engaged, perhaps should I say...even addicted...is so powerful that only sleep and my lovely wife could possibly get in the way of an overnighter (or four) with Grand Theft Auto III." (9.6/10) - IGN "Grand Theft Auto III is, quite simply, an incredible experience that shouldn't be missed by anyone mature enough to handle it." (9.6/10) - GameSpot

Promotion is for Mac version, not 10-Year Anniversary iOS/Android Version From the decade of big hair, excess and pastel suits comes a story of one man's rise to the top of the criminal pile as Grand Theft Auto returns. Having just made it back onto the streets of Liberty City after a long stretch in maximum security, Tommy Vercetti is sent to Vice City by his old boss, Sonny Forelli, but all does not go smoothly upon his arrival in the glamorous, hedonistic metropolis of Vice City. He's set up and is left with no money and no merchandise. Sonny wants his money back, but the biker gangs, Cuban gangsters, and corrupt politicians stand in his way. Most of Vice City seems to want Tommy dead. His only answer is to fight back and take over the city himself. You'll explore the urban sprawl of Vice City: from the beach to the swamps and the glitz to the ghetto, in the same non-linear gameplay and character driven narrative as GTA III. In a town brimming with delights and degradation, the world is your oyster to take over as you choose.

Expanding on the success of GTA III, Vice City gives you a brand new world to explore with all new missions, vehicles, and weapons. As a major gateway to South America and the Caribbean, you'll meet all manner of friendly people in the sunshine capital of America. Athletes, pop stars, real estate developers, politicians, trailer trash, but, as Tommy quickly finds out, trust is still the rarest of commodities. TOP FEATURES

Become The King of The West Coast

LIVE AND DIE IN SAN ANDREAS

Five years ago Carl Johnson escaped from the pressures of life in Los Santos, San Andreas... a city tearing itself apart with gang trouble, drugs and corruption, where film stars and millionaires do their best to avoid the dealers and gangbangers. Now, it's the early 90's, his mother has been murdered, his family has fallen apart and his childhood friends are all heading towards disaster. On his return to the neighborhood, a couple of corrupt cops frame him for homicide. CJ is forced on a journey that takes him across the entire state of San Andreas, to save his family and to take control of the streets.

Once again, the series is reinvented with an enormous map, new storyline, and a fresh revamp of vehicles, weapons, and side missions. TOP FEATURES