nofollow
Learn a New Language Anytime, Anywhere! Get Lifetime Access to Babbel Now!
Give $10, Get $10
Get $1 credit for every $25 spent!

Pay what you want —& if that's less than the average price—you'll still take home something great.

Beat the Leader's price & get entered into our epic giveaway—plus get featured on the Leaderboard! 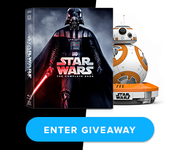 By sunsidegames | in Gear + Gadgets

If you’re looking for an incredible visual gaming experience, Crow is the adventure for you. With combined exploration, battle, and game mechanics, Crow will take you to a far-away land of 3D immersion. Critics are raving about the truly spectacular visual experience, and it’s time you see for yourself.

A Point-and-Click Adventure for the Modern Gamer

By Crashable Studios | in Gear + Gadgets

Meet Alum—the character that you will guide through icy lands and frightening epidemics. This enthralling story will keep you hooked until the bitter end thanks to its perfect mix of nostalgic point-and-click elements and modern game-play excitement.

Prepare to Fight Off Zombies in This Retro Horror Game

By Headup Games | in Gear + Gadgets

Take Down Your Enemies in This Action-Filled Challenge

Get your revenge on the Demon King, who destroyed your favorite dive bar, as you fight off monsters and crush enemies. How? Acquire weapons, skills, vehicles, and more to help you bring them down, one evil doer at a time.