Which Air Purifier Should I Buy? 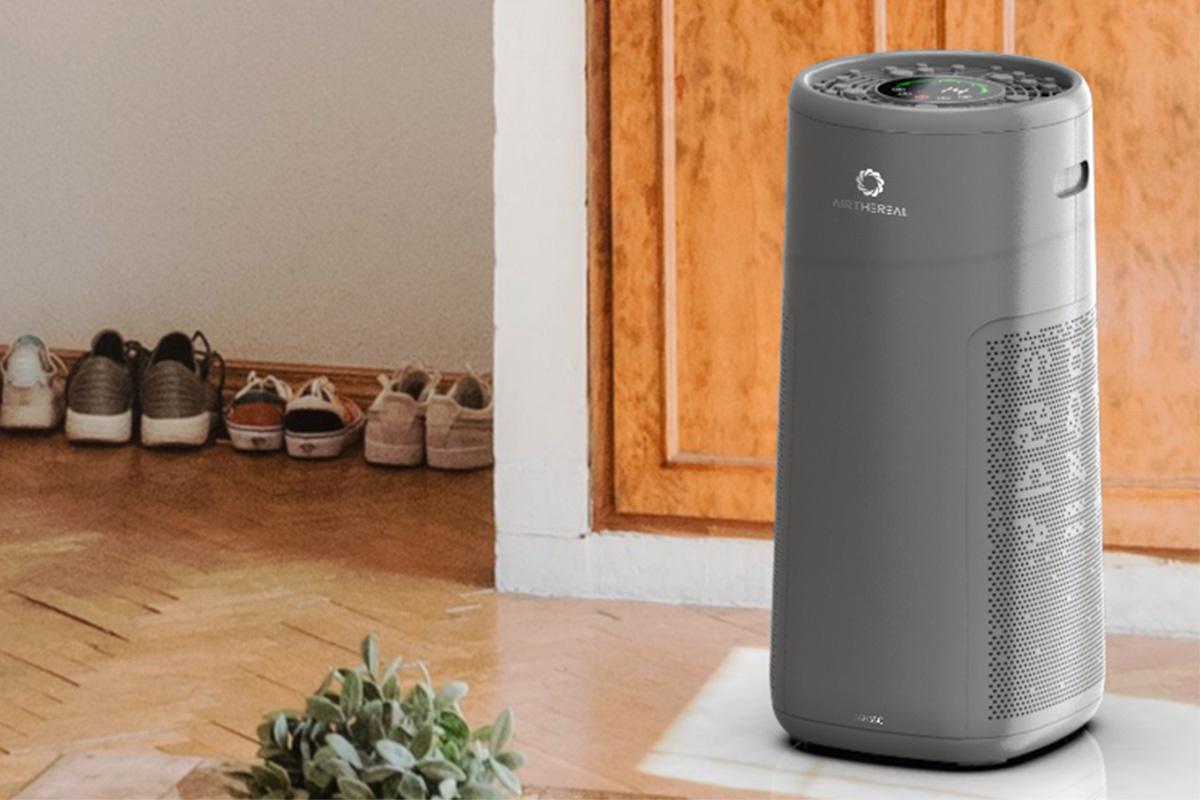 It seems like everybody these days is looking for air purifiers. Between pandemic influence, longer and longer allergy seasons, and pet adoptions on the rise, air purifiers have been in demand to help people cope with bacteria, pollen, and pet dander in the air.

But as with any retail phenomenon, there are far more cheap, poor-quality air purifiers flooding the market than really great ones. If you’re browsing and wondering, “Which air purifier should I buy?” have no fear. We’ve done the work for you.

Here, we round up the best air purifiers for just about any purpose, whether you’re looking to purify the biggest room in your house or you just need to do something about Fido’s hair wreaking havoc on your system.

Before we go anywhere, we should answer the all-important question of whether or not air purifiers work. The short answer is: yes. Air purifiers use filters and fans to remove particles from the air and circulate cleaner air back into the room. However, some are more effective than others, and unless you’re using a purifier with a HEPA filter, you may not notice any changes to your allergies or asthma.

Additionally, it’s essential to set expectations for air purifiers. They work well when it comes to removing particles like dust, smoke, pollen, and other pollutants from the air, but they struggle to remove gases. So if you want to use an air purifier to get rid of that paint smell in your new living room, you may be better off just opening a window and spraying some Febreze.

Now that we’ve gotten that out of the way, let’s check out which air purifier you should buy.

Check all of the air purifier boxes with the AGH550 True HEPA Air Purifier. This purifier uses a True HEPA filter to remove 99.97% of airborne particles and a multi-stage filtration system to go above and beyond. The pre-filter captures large particles like hair and pet dander. The activated carbon filter absorbs pet odors, smoke, and chemical smells. The laser dust sensor kicks on quickly to automatically remove nasty stuff from the air. It’s a smart air purifier that can efficiently cover a 450-square-foot space, all while operating at a whisper-quiet 22dB. All of that is why it’s earned a 4.7-star rating on Amazon.

Air purifiers can easily run you hundreds of dollars. That’s why the TaoTronics 3-in-1 True HEPA Filter & UV-C Light Air Purifier is such a great buy at just $64.99. Despite the budget-friendly price, it doesn’t skimp on features. It uses advanced three-stage filtration and a built-in UV light to eliminate 99.97% of pollutants, such as pollen and dust mites. And it can freshen rooms up to 1,350 square feet.

What sets the Sensibo Pure smart air purifier apart from other models is Pure Boost™. This intelligent sensing technology actively monitors the air and kicks on when it notices the air quality has dropped. That way, you don’t have to wait until you start sneezing to turn on the air purifier; you can trust Sensibo Pure to do it for you. Using HEPA and carbon filters, it can tackle particles as small as 0.1μm to protect you against viruses, bacteria, dust, and more. Plus, with the Sensibo app, you can continuously monitor the air quality in any room in real-time.

If you have pets, you know the worst place for pet dander to gather is in your car. With the Airdog Car Air Purifier, you won’t have to worry about sneezing and getting dry eyes while driving your pets around. It uses advanced TPA® technology to deliver 14,800L of clean air per hour while the filter-free purification is 50x more efficient than a HEPA filter. But just because it doesn’t have a filter doesn’t mean it won’t work overtime. It can effectively sterilize bacteria and mold and remove smoke as well as pet odors and dander.

Very few air purifiers can say they’re inspired by NASA, which is why VentiFresh Plus stands out from the pack. This innovative device uses photocatalyst technology to eliminate odors and reduce germs in the air. It’s just about the size of a lemon but works like a charm to decompose odor through natural photosynthesis, creating clean air. Whether a room smells from cat litter, shoes, food, or nearly anything else, the VentiFresh Plus can freshen it up fast. That’s why it was funded nearly 400% on Indiegogo and has earned rave reviews from Engadget, E27, and Techseen.

Perfect for remote workers who like to move around the house during the day, the Wynd Plus is a personal smart air purifier that delivers efficient air filtration anywhere you are. Wynd Plus features the world’s smallest commercial particulate sensor to actively monitor the air quality around you, kicking on to remove 99% of particles over 0.3 microns in the air. The medical-grade filter also eliminates harmful particles, dust, allergens, bacteria, smoke, and pollution. Plus, since it’s only about the size of a water bottle, it’s great for taking with you while you’re traveling.

Editors at the Verge were pleased too, writing, "Wynd is an intelligent portable air purifier that can remove allergens and other pollution from your personal space."

Rated to work in rooms as large as 550 square feet, the Treblab PURO²XYGEN P500 Air Purifier gives you a ton of bang for your buck. Despite being just 20" x 13" x 7", this high-powered air purifier produces a CADR of 210m³/h, making it ideal for large kitchens, living rooms, or bedrooms. It uses a combination of cold catalyst, UV-C, and negative ion tech in a six-stage core purification system to remove particles from the air, all while operating at a whisper-quiet volume. Find out why Amazon reviewers rated it 4.7 stars.